A mobile phone (or, more precisely, a cell phone) is a high-tech device that ensures communication between subscribers over cellular communication via radio waves. These radio waves are propagated through a network of fixed antennas – base stations. Both base stations and telephones themselves emit electromagnetic waves that do not carry out ionizing effects on the body (in contrast to X-rays or gamma rays).

Is there a danger for users of mobile phones?

1) The power of the transmitters in our phones is small, and compared to such “generators” of radiation, as a microwave oven, invisible to humans. Moreover, the effect of radiation is reduced at a distance or with the device turned off. A person who uses a mobile phone at a distance of 30-40 cm from the body – for example, when sending or reading text messages, using the Internet or a hands-free device – is much less affected by radio frequency fields than a person who, when talking, presses the phone to your ear. But mobile phones can be dangerous.

2) Electromagnetic fields emitted by mobile phones, included in the list of carcinogens, which can cause the development of oncology. This list was compiled by the International Agency for Research on Cancer and includes, in addition to electromagnetic fields, carcinogens such as food additives, tobacco and chemical contaminants of water and air.

3) Scientists have not yet brought a direct link between the use of mobile phones and the development of malignant tumors, yet until 2016, WHO will conduct an official risk assessment of all the effects of exposure to radio-frequency fields on health. In the meantime, to assess the harmfulness of the impact of mobile phones per person, you can refer to the results of various studies.

4) Tips for safe handling of a mobile phone: Try to spend less time in phone conversations. The best protection from the radiation of cellular phones is to keep a safe distance between the tube and the head. Always use the headset to minimize exposure to harmful radiation from cellular phones.

5) Specialists of the international organization “Education for millions of women” from the UK found that the use of cell phones for more than 5 years significantly increases the risk of developing neurinoma of the auditory nerve and this risk increases with increasing duration of use of a cell phone.

You may also like to read: Phubbing: Internet addiction is ignore people

6) In 2014, Swedish scientists published the findings of a long-term study in which they determined that the risk of developing brain glioma (the most common primary tumor) increases threefold after 25 years of very frequent use of the phone. Having studied and compared the results of more than 1 thousand patients with brain tumors with the results of healthy people, physicians found that those who used the phone from 22 to 27 years, the risk of glioma increases by 3 times compared to those who used it less than one of the year.

7) Another conclusion came from the University of Exeter. In their opinion, men who like to wear mobile phones in front pockets of pants, risk getting infertility. Electromagnetic radiation negatively affects the activity of spermatozoa, reducing their mobility and viability by at least 8%.

8) For men who already have health problems, the impact of mobile radiation will have dangerous consequences. At the same time, as the authors of this discovery say, wearing “mobile phones” in the back pockets is safe.

9) It is interesting that our mobile phone is dangerous not only because of radiation. Ubiquitous scientists claim that the surface of a mobile phone is a favorable environment for the life and reproduction of microbes and pathogens. On the surface of the device, the average subscriber of these uninvited guests can be up to 7 thousand. And if a person has weak immunity, the consequences of contact with a mobile phone can become a serious illness.

10) Today there are a number of mental disorders that are caused by a mobile phone. Telephonobia – fear of using the phone. Ringxiety is an obsessive feeling that you “hear” a call melody, while your phone is in a “quiet” state. Nomophobia – the fear of being “out of the zone”. Frigensophobia – the fear of harming yourself through radiation. 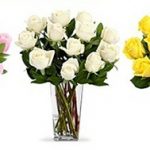 Giving the right flowers for every occasion 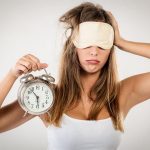 5 tricks to wake up in the morning