A California study reveals: For a healthy metabolism, concentrated meals over 12 hours every day

Once the Japanese comic artist Jiro Taniguchi explained with a simple formula the secret to “produce” as much and live well: the 24 hours of every day, 8 are dedicated to work, to sleep 8 and 8 to leisure, meals included. Given that several studies have already confirmed as sleeping eight hours is the right recipe for the daily, recently being a scientific research seems to agree with the mangaka wise also as regards the management of the diet. The study comes on the other side of the Pacific, specifically from the Salk Institute in La Jolla (California), where the team led by the Indian biologist Satchidananda Panda has shown that it is possible to keep the line and even lose weight … focusing your daily intake of food in a time span of 12 hours. This is because, according to what the team of researchers, the body needs at least 12 hours of fasting (i.e. the rest of the day) to “dispose of” food (i.e. assimilate the essential nutrients and to eliminate “waste”) hired previously.

The experiment of the Salk Institute, conducted on laboratory mice, consisted in subjecting different groups of rabbits at different diets (rich in fat; fat and sucrose; fructose; balanced), allowing some to feed at any time of the day and to other only in a defined time window (in a matter of just 8, 12 or 15 hours). The results showed that free mice to eat at any hour are greased far more than others, regardless of their assigned diet. Not only between those fattened, some have subsequently been limited in terms of time of the meals (always without varying the diet) in a few days and have lost 5% of the “acquired” weight previously. According to researchers, the “time limit” beyond which it is good to remain fasting is 15 hours from the first bite (or sip of coffee) of the day, although the ideal is to stay as told within 12 hours. So, ensure the metabolism remains healthy, you avoid accumulating excess fats (even you can lose weight!) In addition, prevents the occurrence of disorders such as obesity, diabetes and high cholesterol.

You may also like to read another article on CarolineJoyBlog: Miracle diets: What they are, how they are recognized and precautions?

In essence, the “golden rule” is the respect of their biological clock: forget the snack at midnight, not only is unhealthy (because they rarely at that time we allow ourselves a salad or a fruit …) but in a more ” bust “the circadian cycle of our body, hindering the normal metabolic process. Have breakfast every morning at 8? You should finish dinner before 20 … Obviously, this makes sense if we consider a proper diet or at least not exaggerated: if you eat only fried and sweet, the time window can do little for your health and your line! And therein lies the key element of this “clock diet” as stated by the curator of the California study, “most of the tips on weight loss concern the changing diet and eating more healthily. But many people do not have access to a healthy diet.” So, why not try to limit the time your food intake? We are therefore faced nth diet that promises to be revolutionary and universally effective: the underlying problem, the one to really solve, is the healthy diet! 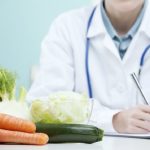 Miracle diets: What they are, how they are recognized and precautions? 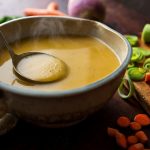