The mother is always the mother, but very often the students surpass the teacher, who dresses better?

It is not always true the saying that goes, “Like mother like daughter”. In some cases, the new generations make better choices, in others they are the mothers to be still at center stage.

Jerry Hall remained the roaring seventies when it was a model of success and was even appeared on cinema screens: with its 58 years, however, it would be better to choose something more suitable than the leopard fabric. Now is the time for Georgia May Jagger, who at 23 years has been the face of Rimmel, model for Versace, Miu Miu and Sisley, testimonial Just Cavalli and currently Mulberry. Impeccable style: perhaps you should give two straight for the wardrobe of mom?

We do not like this jacket too large for Vanessa Paradis, French singer and model is still beautiful: captures all the attention on her little fifteen Lily Rose Depp with an enviable outfits. With two parents that level, it would seem to be difficult to find an independent road, and yet she has already managed, conquering the hearts of Karl Lagerfeld.

Madonna still feels the same sexy singer thirty years ago. She undoubtedly still spirited at 57 years, but perhaps likely to embarrass Lourdes Maria, that in terms of look is always choices to be copied and in line with its freshness of nineteen.

Kim Basinger is showing off recently put androgynous, but despite all that she had to face, the actress remains charming, even in 60 years. Ireland Baldwin, however, is beautiful and as such her mother as a young woman: fashion model much appreciated, however, it is hospitalized in Malibu for excess alcohol and drugs, although claims to be clinically to overcome emotional trauma and to “work on herself.”

Just accompanying her Oscar in 2015, Melanie Griffith confessed “For me it’s time the rest.” Despite the physical actress she is enviable, now the protagonist is Dakota Johnson, the protagonist a little ‘anonymous “Fifty Shades of Grey”, which in this red Saint Laurent does not sound so anonymous.

Reese Witherspoon and Ava Elizabeth Phillippe, however, seem to own two sisters, with twenty-three years of difference. “When my daughter is at university I will enroll myself, so I will finish their studies interrupted“: if she wants to be her friend, however, should begin advice with a new hairdresser.

Maria Shriver would look like Katherine Schwarzenegger, but good taste not working. It would take the elixir of eternal youth. The two are linked, especially by writing talent since they are both journalists and writers.

You are nearly end of this article of comparison between mother and daughter fashion, in addition we recommend you to keep connected with us and keep reading the 10 best dressed women of 2015.

Mothers of the top stars who have no experience in these fields are increasingly unsuitable, but maybe even more genuine. Taylor Swift you certainly notice, while Andrew Finlay, home, opt for clothes more easy. Vanessa Hudgens has a simpler style but we do not notice any resemblance to Gina Guangco. Miley Cyrus has made ​​changes in the course of her career, but Tish, who serves as its manager, has always been beside her: perhaps it should take a cue from her mother and return to wear something more sober and elegant. 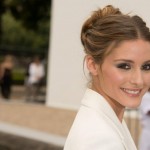 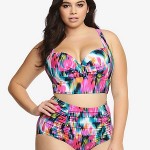 Plus Size Swimsuit Shopping Is Easier Than Ever Before