Long ago, in the 17th century, in Wales, United Kingdom appeared this phrase: An Apple a Day Keeps the Doctor from earing His Bread, it then changed to “An Apple A Day Keeps the Doctor at bay”. Which basically translates an apple a day to eat a visit to the doctor away. This phrase has been around for three centuries without anyone really cares for the veracity of this saying. However now, some scientists have decided to take the task to check … and discovered that it is true!

A detailed study was completed by the Ohio State University and finalized the following:

In other words, this means that people, who eat at least one apple a day, can be seen as greatly reduces the level of LDL, the bad cholesterol that blocks your arteries. The researchers say it may be due to the polyphenols, the main antioxidant in apples. Polyphenols are considered superheroes in the world of antioxidants for this very reason.

This finding led scientists to try something else. This time a control group, who were given a supplement of polyphenols a day they used. Interestingly, while noting a reduction in LDL cholesterol was not that impressive compared to those who do eat an apple a day, even if the same level of polyphenols. It is suggesting that the apples certainly have something special.

You may also like to read another article on CarolineJoyBlog: Food to Be Happy

This is not the first study indicating that apples have wonderful to protect heart health characteristics. In addition, the apple, the forbidden fruit of which the Bible speaks, also has other health benefits.

Apples are a rich source (and consumed worldwide) of phytochemicals; Epidemiological studies have linked the consumption of apples, with reduced risk of certain cancers, cardiovascular disease, asthma and diabetes. In other laboratory studies, it was found that apples have a high antioxidant activity, prevent the proliferation of cancer cells, and reduce the oxidation of lipids and cholesterol.

But then, why the Bible have become the apple of the forbidden fruit, it will happen, or is it because some believed that this beautiful fruit was so powerful benefits and thought it was magic? Apparently, this can be the result of a mistranslation.

Others suggest that the forbidden fruit was a grape; because the grapes are used for wine drinking was considered a sin. Although grapes are also full of flavonoids, which provide great benefits to health. The truth is that probably never know, but that’s not important. What really matters is that apples can significantly improve our health.

Surely, you are wondering if all the blocks are equal. In addition, generally red apples are those that have been used in the studies. However other varieties of red and green apples, they have also been used. All apples, no matter the color, have virtually the same level of antioxidants, so the important thing is to eat apples regularly to avoid going to the doctor, no matter what type of apple commas.

Remember to share this article with all your loved ones so that they too can benefit from this information. Together we can make this world happier and healthier a world! 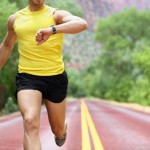 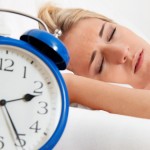 7 Habits that will help you sleep better