Tiredness and poor efficiency are often symptoms of iron deficiency. What is good to pay attention to and how is it possible to increase the supply of iron?

Iron is an indispensable element for the proper functioning of our body: for example, it is used for the formation of hemoglobin (pigment of red blood cells) which ensures that all our cells receive a sufficient amount of oxygen. Iron plays a decisive role also for muscle cells and for our metabolism.

What happens, though, if our body does not take it enough?

According to the WHO, in the world between two and four billion people suffer from iron deficiency, one of the main causes of illness. Those at risk are mainly women, children and the elderly, as well as athletes at a competitive level, as they have a high demand for iron. If a possible deficit is not compensated by an appropriate treatment.

You may also like to read: Exercises for the eyes after the computer: When you feel carved, dryness and eyes burn?

Iron deficiency can give rise to various symptoms, but it is not always diagnosed promptly, as these are often also associated with other conditions. Fatigue is the most frequent and important disorder and may be accompanied by poor efficiency, headache, apathy and dizziness. Some subjects also experience difficulties with concentration and other disorders.

Iron deficiency is diagnosed by blood analysis. The treatment consists mainly of the administration of iron-based preparations in the form of tablets, drops or syrup for a period of about three to six months, until the iron deposits in the body are restored. Iron supplements should be taken under medical supervision, as “do-it-yourself” therapy can lead to iron overload that can compromise the function of the heart, liver and other organs.

A proper diet is important for preventing iron deficiency … 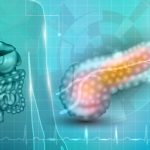 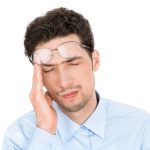