Beauty is in the eye of the beholder, but we must admit that there are some general rules that most of us agree on, and we can recognise when something just doesn’t look right. Whether the fame has gone to their heads, and they are surrounded by ‘yes’ people or their stylist called in sick and they were let loose on their own, who knows! Let’s look at some of the worst celebrity fashion fails.

Lady Gaga has been seen in some pretty wacky outfits and it’s become her trademark. Most of the time she looks great, but that meat dress was never going to look good. I’m sure she could have made her point without slapping a steak on her head, but I guess she made the headlines that day. 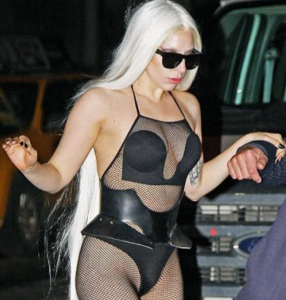 Madonna was perhaps the prequel to Lady Gaga and has worn some very daring ensembles in her time. However, there is one dress that didn’t quite hit the mark. It was a little too revealing, bearing her bottom and lady bumps in a rather bizarre Game of Thrones look that, frankly, just looked trashy.

Kim Kardashian is usually a vision of curvaceous style and glamour, so we don’t know what went wrong at the 2013 Met Gala when, heavily pregnant, she turned up in what looked like a floral ten and matching shoes. For that, her punishment was to be cropped out of media photos.

And it’s not on the ladies who get it wrong in spectacular fashion. Lewis Hamilton was invited to watch the Wimbledon final but was unfortunately denied access due to his fashion faux pas with a lightly coloured floral shirt and no tie! Make sure you’re winning the match point with your style. For Mens Superdry clothes visit Louis Boyd.

A double fashion fiasco was committed by Victoria and David Beckham back in 1999, when they attended the Versace fashion show wearing identical his and hers completely black leather biker suits! Not cool, not cool at all. You think he might have learned from all the stick he received the previous year for going on a night out, wearing a sarong.

Joey Essex has made a few blunders along the way, in particular the half pink, half black suit which was a gruesome sight to behold but thankfully, it doesn’t appear to have caught on. Of course, no list like this would be complete without adding Simon Cowell. It seems that the height of his success has increased the height of his trousers! Why he wears his trousers so high is a bit of a mystery and he also wears them far too long at the bottom. 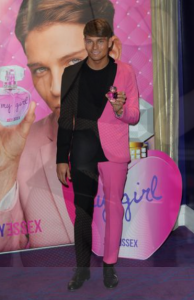 Ed Sheeran doesn’t score too highly in the well-dressed section either. He seems to sport a look that says ‘I can’t be bothered with this dressing malarky’. He is often spotted in the same outfit which features khaki three quarter shorts and brightly coloured hoodies. He clearly wants his music to speak for itself. 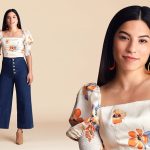 Ways to Shop for Petite Dresses 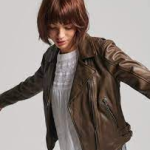 Clothing Styles That Stand the Test of Time