A key step towards early detection, real tool to stop the progression of this disease

Diagnose the risk of getting Alzheimer’s or “catch” the disease at the beginning, even when no symptoms, with a smell test, simple and cheap. This is the promising result of a research conducted by the neurologist Mark Albers, developed at the Massachusetts General Hospital in Boston.

From time scientific research is looking to develop an examination, the least invasive as possible, that is able to discover the presence of Alzheimer’s in its early days to be able to intervene immediately and limit the possible damage.

The vast majority of the scientific community is convinced that Alzheimer’s disease should be affected during the initial steps to stop its progression, arresting the damage that provides to our brain. It is therefore evident the importance of a test for early diagnosis.

Useful that is simple and inexpensive, because that can be used on a large scale, since Alzheimer’s strikes in Italy 600,000 people, but with the gradual aging of the population is feared that in a few years will exceed one million patients.

You may also like to read another article on CarolineJoyBlog: When diabetes damages your eyes?

To achieve this result, also published in the journal Annals of Neurology, a team led by Mark Albers put under observation 183 elderly divided into four groups : the first consisted of healthy people, the second from people worried that they might lose their faculties cognitive, third from people with mild cognitive impairment and the fourth by a manifest Alzheimer’s patients.

All the volunteers were subjected to a smell test which provided that should recognize the smells, distinguishing them from each other and also to recall some spices they had met during their lifetime.

From tests of smell American researchers realized that the smell gets progressively worse : is good in the first set, and then subside as you get closer to those who have the full-blown disease.

At this point, after the promising results of this research, the team of scientists is working hard to move forward with a trial that includes more people. 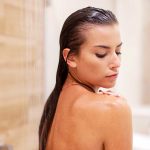 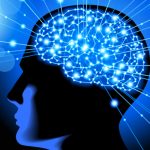 What to Look For In Nutraceuticals For Dandy Brain Health