The bloating is a disorder of the intestinal tract which, besides causing flatulence, bloating and abdominal tension, often generates inconvenience that may even get to harm the social life of one who finds himself face him. But how can you cure meteorism? Which foods are to be avoided? And what exactly are the causes of meteoric disturbances? We will see it together in this comprehensive article.

To cure meteorism, one must first understand what it is, and often it creates a lot of confusion around the concepts of meteorism, aerophagia, flatulence and air in the belly, confusing concomitant symptoms and disorders. The first, in very simple terms, accumulation of gas in the stomach and intestine, caused by fermentative phenomena within the digestive tract, or functional disorders such as non-ulcerous dyspepsia, irritable colon syndrome, gastroparesis and for the very reason that they areophagia. It is understood therefore that meteorism and aerophagia can in no way be used as synonyms, where the latter only indicates the ingestion of large quantities of air, which, spreading in the blood and therefore in the intestinal lumen, results in intestinal gas.

What are the causes?

The causes of meteorism are many and varied. We have mentioned aerophagia, but it should be pointed out that meteorism and flatulence may be caused by the intake of certain foods. Among these, one must remember the carbonated drinks and all the foods with high fiber, from beans to whole grains. In some cases the disorder is then caused by a more or less marked lactose intolerance. Summarize here all the causes of meteorism, even the smallest and least common, is also unthinkable and would also be useless: from celiac disease intestinal dysliosis, chronic constipation to enteritis, it is obvious to the medical practitioner to come to isolate the concrete causes of each patient. However, it must be stressed that this disorder can be exacerbated by sedentary, stressful, insomnia and even depression.

What to eat to fight meteorism?

In the previous paragraph we saw together what foods to avoid for meteor sufferers: now we see what to eat to stem the problem. First of all, it should be noted that, besides ‘what’ you eat, you have to pay attention to ‘how’: eating fast means chewing badly, and chewing badly means among other things to be introduced continually into the body. Our first advice, therefore, is to cut the time it takes for a meal in peace. Looking at what to eat, in the pantry of those who suffer from flatulence and meteorism should never miss …

You may also like to read: Bottled water or tap water?

To eliminate meteorology, therefore, we must start with a proper and balanced diet as well as a slight change in lifestyle, at the table and beyond. Very often, however, adopting healthier habits is not enough, and it is therefore necessary to use the appropriate medication to treat the symptoms best. The most popular natural drug in this regard is surely the vegetable carbon, which goes to absorb the air that is accidentally ingested during feeding. There are, of course, also banal medicines that quickly eliminate meteorism and aerophagia, among which the efficacy of chewing tablets Mylicongas, which do not involve side effects and can be taken up to four times a day.

Meteorism and flatulence in pregnancy

They represent a mere case of meteorism and flatulence in pregnancy: women who have never suffered such problems are in fact very often victims during the first months of the sweet wait. The causes, even in this case, are many: it goes from hormonal fluctuations to the weakening of the immune system, leading to a greater exposure of the intestinal flora to bacteria. To combat flatulence during pregnancy, no doubt, the most effective method is a targeted diet, taking into account the above. And then, a good deal of patience: those symptoms will disappear with the birth of the baby! 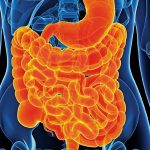 The intestine is an indicator of health! 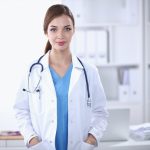 Tumors, 10 Body Messages Not To Be Underestimated