We are getting close to that time of year where we will all be desperately trying to remember to change the clocks before we go to bed. On the 27th October 2019 day light saving time ends, which means we lose an hour as the clocks go back. You will find that some of your systems and equipment will automatically change such as your mobile phone, computer and home security system, there are others that you may have to change manually such as your wrist watch and wall clock. It is worth checking whether the clock that forms a part of your heating system will automatically adjust itself both when daylight saving begins in March and ends in October.  If you have an issues with any parts of your heating system, whether this is to do with the timer or any other part of the boiler it is worth having a Cheltenham Boiler service company like combi-man.com to come and take a look.

But why and when did daylight begin in the first place?

Back in the early 1900s William Willett who was a builder from Kent noticed that when he was travelling around on his horse that during the summer time some of the houses still had their curtains drawn even though it was light outside. He mused that there must be a better way of adjusting the time of day to make the most of the daylight hours. During this time Greenwich Mean Time (GMT) was observed all year round meaning that in the summer is could light as early as 3am and dark by 9pm. There were others who had had similar thoughts to Willett but he had the tenacity and determination to for things to change and his production of the leaflet ‘The Waste of Daylight’ that led to his idea being picked up by Robert Pearce who was an MP and he took the idea to the House of Commons for discussion. The concept was unsuccessful in its attempt. But after the First World War there was a desperate need to try and find ways to reduce the demand on the coal industry and following in the footsteps of countries like Germany the much-anticipated Summer Time Act was passed on 17th May 1916 with the clocks going forward for the first time on the 21st May and the daylight savings ended on 1st October 1916. It was sad that Willett never saw the results of his original campaign come to fruition as he died in 1915 at the young age of 58 from flu. There is a memorial sundial that is located in Petts Wood that is set permanently to daytime saving in memory of him. 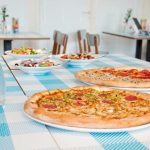 5 things you need to know when opening a pizza shop 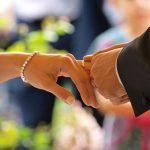 Engagement celebrations to enjoy whilst on holiday