The sushi is generally considered as a nutritious, healthy and rich in essential fatty acids omega-3. But not all sushi ingredients are healthy …

Sushi is a dish originating from Japan. It consists mainly of cooked rice, raw or cooked fish, vegetables, and sometimes eggs. These ingredients can be wrapped in nori or simply can be served with rice or even some tofu.

Normally is served with soy sauce, a spicy green paste called wasabi, ginger bittersweet Gari. Initially, in the seventh century the sushi was used in Japan as a method of preserving fish. The cleaned fish was pressed between rice and salt, and left to ferment for a few weeks or even months until I was ready to be eaten.

It’s good to make a clarification for sashimi, as many mistakenly regard it as a kind of sushi. The sashimi are just thin slices of fish or shellfish (sometimes meat) raw. Technically not a sushi, but often serve together and so many so easily confused with sushi.

The sushi is generally regarded as a healthy food because it contains many beneficial nutrients for the body. The fish is an excellent source of protein, iodine, healthy fats, vitamins and minerals. In addition, it is one of the few foods with good levels of vitamin D.

Usually fatty fish used for sushi, salmon, tuna and sardines, which are excellent sources of omega-3 fatty acids necessary for brain health among other functions.

The omega-3 is also useful in combating cardiovascular diseases and stroke and cerebrovascular accidents. Consumption of omega-3 fatty acids is very important, especially in Western societies in which there is an excessive intake of omega-6 that upsets the balance of omega-6: omega-3, with serious consequences for Human health.

The wasabi paste made from the rhizome of japonica Wasabia (wasabi or eutrema), a plant belonging to the cruciferous, the same family as cabbage and radish. The wasabi paste is often served with raw fish, and therefore also with sushi and sashimi. It is very spicy, so you only need very little to accompany the dishes.

The wasabi is rich in antioxidants and antibacterial nutrients, within which include beta-carotene, glucosinolates and isothiocyanates. Studies have shown that these compounds, besides having bactericidal properties, also act as anti-inflammatory and anti-cancer.

But sometimes we sell for a ride and it’s not uncommon at some restaurants, due to the low diffusion plant wasabi, replace the traditional pasta with another consisting of horseradish, mustard powder and green food coloring. In this case, the benefits will be the same and do not vary according to the ingredients used to prepare the dough.

Sheets nori seaweed used to wrap sushi. Nori contains many nutrients: calcium, magnesium, phosphorus, iron, sodium, iodine, zinc, selenium, manganese, thiamine, vitamin A, vitamin C and vitamin E. In addition, 44% of the dry weight of nori are proteins. In fact it is considered one of the richest vegetable proteins, comparable to soy.

However, a portion of sushi has very little algae, which alone and although it is very rich in proteins also meets the daily nutritional requirements of protein.

Some studies have shown that this nori contains compounds capable of fighting different viruses, inflammation and possibly cancer, the study Medicinal and pharmaceutical use of Natural seaweed products.

Others say that the nori can help eliminate heavy metals from the human body. Although this research as this property is attributable to brown algae such as wakame.

Gari: this bittersweet ginger is often used to cleanse the palate by residues of sushi. Ginger is a good source of potassium, magnesium, copper and manganese. In addition, ginger has natural anti-inflammatory properties, and thus may help protect the body against bacteria, viruses and and even cancer.

The main ingredient of sushi is white rice, which is a refined and private product of almost all the fiber, vitamins and minerals. Studies show that refined carbohydrates can cause inflammation and increase the risk of type 2 diabetes and heart disease.

Besides, in the preparation of sushi rice sugar often it used. Sugar with low fiber levels cause a distribution of carbohydrates in the body very quickly. This results in peaks in blood glucose levels and insulin, which can lead to different health problems and overeating causing obesity.

Still, some studies have found that vinegar used in sushi rice helps lower blood glucose levels, blood pressure and blood fat. So in part the effect of sugar rice counteract, and even better if you use brown rice instead of white rice. Thus, we increased fiber intake and nutritional value of the food, and blood glucose peaks are reduced.

You may also like to read another article on CarolineJoyBlog: Benefits of whole foods

Although there is a popular belief that sushi is a useful food for weight loss really is not. We have already seen that white rice has refined carbohydrates that easily lead to fat.

In addition to this we must keep in mind that sauces are used with high fat and fried food that can increase the amount of calories. A single serving of sushi in general has very little fish or vegetable. That makes having a low content of protein and fiber. It is not very effective in reducing hunger and appetite.

In fact, although we ate several servings of sushi we would not feel satiated.

To make the sushi is more satiating can try to accompany it with a miso soup, a side dish of beans, a portion of sashimi or a salad of wakame. Better choose a type of sushi with more vegetables like Temaki.

The sushi usually contains a lot of salt. First, the salt is added to cook the rice. In addition, smoked fish and pickled vegetables or sweet and sour sauce containing salt. Finally, the sushi is usually used together with soy sauce, which is also rich in salt.

Too much salt in the diet every day is harmful to health. You can increase the risk of stomach cancer and cause an increase in blood pressure.

It is best to avoid (or use very little) soy sauce and eat less sushi prepared with smoked fish, such as mackerel or salmon.

Eating sushi made with raw fish can give infections caused by bacteria and parasites. Some of the most common species are salmonella, vibrio, Anisakis and Diphyllobothrium .. .

If you want to play, it safe is important to eat sushi and sashimi in renowned restaurants, which certainly are more likely to follow all rules of hygiene and proper food safety practices. Alternatively, we can always choose sushi containing cooked fish.

Some people should avoid sushi made with raw fish: pregnant women, children, the elderly and people with weakened immune systems.

Mercury and other toxins

Fish can contain various toxins due to pollution of the sea. The best known is mercury.

The predatory fish of medium and large tend to have higher levels of mercury because of the bio-magnification. These tuna, swordfish, mackerel, billfish (sailfish) and sharks are included.

The species of fish have less mercury include salmon, eel, sea urchin, trout, crabs and octopus.

To reduce the risk of poisoning is best to avoid taking sushi containing these types of fish.

In short: This is how to maximize the benefits and reduce the dangers of sushi

For the greatest benefits of sushi and avoid any risk, poisoning and obesity it is best to:

In conclusion, it is true that the sushi is rich in nutrients, vitamins, minerals and antioxidant compounds beneficial to health food. But nevertheless not all types of sushi are equally healthy or nutritious. Some of them contain too many refined carbohydrates and other ingredients that are not healthy.

So if the advice I have been discussing and consumed are still occasionally does not have to be bad for health, it may even be beneficial. 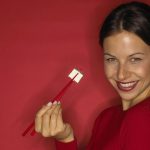 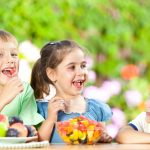