There is coughing and coughing: according to the latest data provided by the National Congress on respiratory diseases, about 50% of Italians has an average of two episodes of coughing year and in 30% of cases, the annoying noise tends to last for more of a month.

However, what types of coughs are there? Here you go:

Tracheitis, with burning sensation in the chest

Very often presents as a definite cough “cavernous”, that is associated with the presence of phlegm, and that tends to increase in the course of the night. It could be tracheitis, an inflammation usually of viral origin at the level of the trachea.

First, you need to humidify the home environment, for example by using a readily available and affordable vaporizer in pharmacy, it is particularly worth staying warm, and sleep keeping your head raised slightly: this “trick” helps, in fact, to reduce significantly the cough at night.

It could be gastroesophageal reflux. This type of cough that lasts for several consecutive weeks, tends to show up more in the morning and is accompanied by hoarseness and mild discomfort in the stomach or a feeling of heaviness in my throat. The gastroesophageal reflux may present these troublesome symptoms, and is caused by the fact that the valve which keeps the “closed” the stomach during the digestion process, in this case, fails to close completely, causing the ski upward, food acids and gastric which tend, so to irritate the throat and esophagus walls.

It should, especially in the evening meals, try to reduce those foods that tend to increase gastric acidity i.e. fatty foods, alcohol, coffee and seasonings too spicy like chili peppers and other spices. And is advisable to not lie down immediately after eating and it is better to avoid physical effort. If the noise persists for too long, it is best to consult your doctor who may prescribe anti-reflux medications, forming a protective film along the walls of the esophagus, protect it from the acids and the unfortunate rise of gastric juices.

You may also like to read another article on CarolineJoyBlog: 9 natural ingredients for a restful sleep

It could be laryngitis. Laryngitis presents a stinging hacking cough and a deepening of the voice and sometimes-slight fever. This is a modest inflammation of the throat, generally caused by influenza virus origin and may also last for a week.

Go ahead fluid intake during the day, then water, tea, fresh fruit juices and the remedy of the grandmother “milk and honey”: liquids, in fact, help to rehydrate properly mucous membranes and serve to reduce dry cough. If the cough does not pass, it is possible, under medical advice, hire a sedative syrup to calm her down, pay attention to avoid sudden temperature changes and move too suddenly from hot to cold, protecting the throat, especially in the winter, with a scarf.

Presents with symptoms such as feeling short of breath, chest tightness. It could be allergic cough: tends to appear after a strenuous workout is amplified at night, and you tend to cough in case of high smog.

In cases like this, it is appropriate to consult an allergist who can prescribe specific tests used to identify the type of allergen that causes this type of cough, to get to prescribe antihistamines (by mouth or nasal spray). 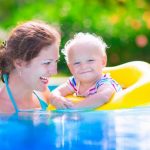 Otitis in summer: Precautionary measures for the beach and pool 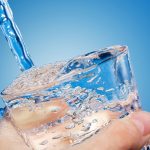 Drinking water is good, but in moderation!