The way we see cowboys has more to do with myths and legends than it does reality. Hollywood has long portrayed the Wild West as an action-packed, dangerous and exciting period in history with high-noon shootouts, notorious criminals, quick-draw gunmen and the constant threat from Native American tribes. In actual fact, it wasn’t nearly as glamourous as we’re led to believe.

Every Western ever made has shown dangerous bands of Indians just waiting to carry out murderous ambushes. Although many people did die on both sides, the majority was during battles between tribes and the US cavalry. Thousands of pioneers travelled across the country in their wagons and there were hardly any skirmishes between the average person and the average Native American. Only between 1-4% of all pioneer deaths were down to clashes with the natives. Disease and being crushed by a cow were infinitely deadlier but not quite as glamourous!

The daring deeds of infamous names like Butch Cassidy, Wyatt Earp and Billy the Kid including robbing banks like there was no tomorrow and being the scourge of the frontier. However, proper research can only identify 8 proper heists in 40 years! If you think about how small the town centre would have been in these frontier towns, the bank was most likely right next door to the sheriff’s office! Stagecoaches and trains were much easier targets. Butch Cassidy and the Sundance Kid did actually pull off a heist but that’s why it’s so famous, because it was unusual.

The ultimate, iconic outfit of the cowboy, right? Wrong. Yes, there was hat-wearing back in the 19th century but they didn’t resemble Stetsons. Bowler hats, pancake hats and strangely misshapen top hats but strangely, not a Stetson shaped hat in sight. Bowler hats were the most popular as they exuded an air of class but the cowboy hat as we know it, was a much later design. But, we still love a legend so for your own Wild West themed event, why not contact a Rodeo Bull Manufacturer. For more information, visit http://www.gsrodeobulls.com/

Everyone was packing a six-shooter though surely? Surprisingly, gun control laws were stricter than they are now in the United States. Things started off pretty hairy, but the West didn’t stay wild for long. As towns grew bigger, it was prohibited to carry handguns in most places. The small six shooters were also pretty awful to fire, would burn your hand and had a poor range. The preferred guns were shotguns and rifles.

Cowboys have always been synonymous with patriotism and being 100% American. In reality, Mexico had cattlemen called ‘vaqueros’ long before the U.S did. Words that we associate with cowboys like ‘bronco’ and ‘stampede’ are Mexican. The sombrero was most likely where the iconic Stetson cowboy hat originated, they held rodeos and also wore chaps! You can’t get much more cowboy than that! 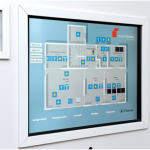 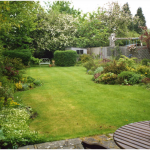 What you should really look for when viewing a property