Every couple wants to have a healthy, beautiful baby. But what to do when the time passes, and pregnancy did not occur. So it needs careful preparation and planning for a future pregnancy. Start preparing necessary for 4-5 months prior to conception. We need to hold courses to improve the health of both partners, as well as eliminate the harmful factors affecting the conception and pregnancy.

The influence of bad habits in conception and pregnancy

Alcohol has a negative effect on the reproductive system of both men and women. Studies have shown that semen absolutely healthy men comprises 0.25% of the sperm with the wrong structure. And if we add the effect of alcohol, the number of “wrong” sperm increase. With the penetration of the sperm into the egg increases the likelihood of miscarriage and the development of pathological changes in the unborn baby.

To display all the alcohol from the body, you need a lot of time. And if we add here and time to restore the body, it cannot consume alcohol during the 6 months prior to conception.

With regard to smoking, most know that during pregnancy you cannot smoke. But in the conception of a child smoking also has a negative impact. Among female smokers recorded cases of infertility more than among non-smokers. Smoking badly affects the quality of sperm. As a result of tar and nicotine pregnancy may spontaneously abort or the child may be born with abnormalities.

Thus, no matter what it takes, to get rid of the smoking habit, if not forever, then at least 6 months before the alleged conception.

You may also like to read another article on CarolineJoyBlog: 10 Tips for having a healthy and happy pregnancy

What most people eat today? In our time, the diet consists mainly of fast food, as well as on the table there are semi-finished products, trans fats, various meats, and fried foods. The benefits of such foods the body does not receive any. But enough damage! With regular use of such food nutrition cells does not occur, there may be a violation of cellular metabolism and hormonal disruptions.

Observance of strict diets and fasting for weight loss is strictly prohibited. But if the problem of excess weight is still there, the possible need to replace much high-calorie foods for vegetables and fruits.

Conception and future pregnancy adversely affect the use of drugs, including antibiotics and certain anti-inflammatory drugs.

It is known that some antibiotics are excreted for several months. If a woman is taking antibiotics shortly before the start of pregnancy, they may have an adverse effect on the fetus while still in the body. Also, antibiotics negatively affect the quality of semen, which drastically reduces the chances that the birth will take place.

Effect of high temperatures on the process of conception

At the time of planning, the future of the child should stop taking the strongly hot tubs. Hiking in the sauna, steam rooms and saunas are also forbidden for men. And all because of the influence of high temperatures have a negative effect on sperm motility.

Stressful situations and lack of heart failure and

If a woman often is in stressful situations, the chances of getting pregnant are significantly reduced, slows down the process of ovulation (the endometrium does not have time time to pave the uterus and implant the egg).

Male body also reacts negatively to stress. Hormonal imbalance observed in stressful situations. The potency is reduced, and deteriorates quality of semen. If in addition a man not regularly getting enough sleep is due to lower levels of leptin in the blood, sperm reduces their mobility.

Thus, in order to conceive and successfully make the future baby, really need some. If both spouses survey showed the absence of any pathological conditions that affect conception, it is necessary to lead a healthy lifestyle and eat right, get rid of bad habits and avoid stressful situations. And before planning pregnancy, a woman should consult a gynecologist, a man at the andrologies. 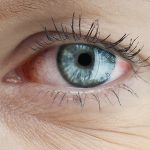 The pathology of the syndrome of dry eyes 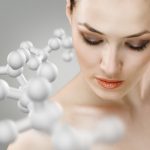