Garfield is a much loved cartoon cat that has graced the screens of millions of people over the years. He is a very spoilt, overweight and lazy cat who expects his owner Jon to do all his bidding and likes to be the centre of attention wherever he goes. He certainly would have commanded the attention of the staff at a Cheltenham Cattery 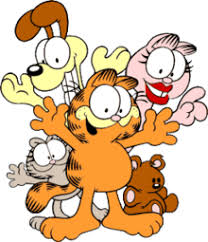 The cartoons creator Jim Davis had originally planned on making the focus of the comic stript he character of Jon. In the original, early creations Jon was always trumped by his cat and it wasn’t log before Jim realised that the main character had to be the cat. Soon after this the character of Garfield along with his personality traits was created. Jon became a sideline character and this is evident from the fact that apart from a mention in early editions no one really knows what it is that Jon does for a job. Incidentally as an aside he is a cartoonist!

The name Garfield came from Jim’s own grandfather who himself was named after President James Garfield. It is a very strong name for an equally larger than life at that loves nothing more than lazing around eating lasagna. His home is located in Indiana but again this is not something that is built upon in the storylines as it simply isn’t important. Davis wanted people to be able to identify with the cat as being a member of their local community and basing too much of the story around the specifics of where he lived would take this away from people.

The comic strip of Garfield became so popular that it was almost inevitable that it would eventually  be turned into a television series and then movies. There have also been so incredible items that have be produced based on the brand including toys, books, jigsaws and in one each even a Zombie Garfield soft toy. 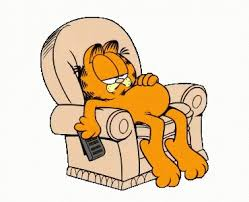 Interestingly Garfield holds a Guinness World Record as the most syndicated comic strip with a total of over 2500 newspapers and other publications publishing the comic strip. He has even kept with modern times and has over 16 million followers on Facebook. Now that is one cat that is keeping up with the changes in media and advertising.

The look of Garfield has been adapted a number of times since he was first created but he has always been an overweight ginger cat. One of the reasons for creating him as overweight is to fit with the fact that he spends most of his time either eating or sleeping and so isn’t the most active of creatures. It was also used as a way of sending a message to readers that it doesn’t matter what you look like as long as you are comfortable with yourself and have confidence in what you can do. 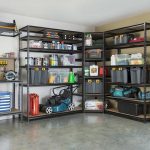 What Is the Best Way to Store Your Tools in the Garage? 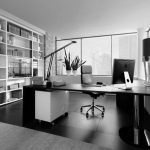 A brief history of furniture