The advent of web-connected mobile devices like Android phones has completely won over the hearts and minds of today’s young generation for reasons that are known all too well. What is also known is the fact that the growing prevalence of mobile technology among kids has raised their susceptibility to online threats that didn’t even exist a decade or two ago. Fortunately, mitigating these threats is possible, but only after they’ve been correctly recognized. So without further ado, let’s take a look at some of the biggest threats circling your youngsters in today’s day and age, and also talk about the best way to tackle them.

Bullying has been following kids around for as long as one can remember. It was only a matter of time before it followed them online as well, and that is exactly what happened once kids gained digital privileges and began spending more and more time online. A deadlier form with its own unique identity, i.e. cyberbullying, this contemporary form of bullying involves using of cell phones, texting, social media sites, and other digital platforms for threatening, intimidating, insulting, or harassing kids. Unlike its traditional counterpart, cyberbullying is relatively harder to detect as it’s not obvious to the naked eye. The best chance you have of detecting it is through the use of parental control apps like ShieldMyTeen. These digital solutions let you view your kids’ digital communications, thus making it easier for you to discover if they’re being targeted by a cyberbully, or if they’re cyberbullying others.

Leaving kids unsupervised in cyber space is never a good idea as it increases the likelihood of them sneaking into areas that are completely off limits for people of their age, e.g. sites dedicated to porn, violence, drugs, alcohol, adult dating, etc. They could be visiting these sites right under your nose without you noticing anything because of the privacy offered by mobile devices. Weekly inspections are unlikely to proof useful either because expect your kids to be clever enough to wipe their browsing history clean before handing you their cell phone. The only surefire way to know what exactly they’ve been viewing online, and to discourage them from visiting inappropriate websites, is to install a parental control with the ability to log browsing history and block adult sites on their web-connected devices. It’s by far the most effective and convenient solution available.

Websites aren’t the only harmful thing as your kids might also be drawn to unsafe apps. Such apps are present even on official app stores like Google Play Store, and if your kids see them, they are more than likely to download them on their cell phones. This is where you have to burst into action and once again seek help from parental control apps as they can let you block any app installed on your kids’ cell phone without much of a hassle.

If predators get a whiff of your kids’ phone number, then there’s a strong chance that they would try to get in touch with them. Being able to have direct access to kids in an isolated digital environment is a predator’s dream come true. Good thing is you’re not helpless in this situation as parental controls can give you a considerable amount of edge. All you have to do is keep an eye on who your kids talk to and what they talk about. This way you can get to know if they’re in contact with someone who’s potentially dangerous, perhaps a predator, and luring them into a trap.

This is a relatively new thread, or rather trend, that is spreading like wildfire among the younger generation. It involves exchanging messages and images of sexual nature, normally to impress or excite a member of the opposite gender. Having access to cell phones with built-in cameras pretty much gives kids the license to go wild. There’s just so much that can go wrong if you don’t discourage your kids from engaging in sexting. Of course to do that, you first need to know whether they’re doing it or not. Turning to parental controls for help is your best bet as being able to view their SMS and MMS exchange can provide you with just the sort of insights you require for timely detection of the problem. 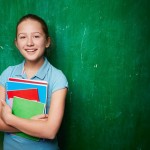 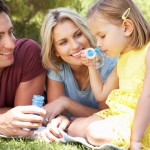 No need to be a perfect parent