Schools with good places to be of bullying, which can and often overlooked teachers to take place preferably in what are called hot spots (patios, lavatories, changing rooms, dining rooms, off the center or in transport school), although you can continue the harassment in the presence of professor / to the classroom so that subterfuge without it realizes it. Just a glance or a letter to the harasser intimidates the beleaguered.

The aggressors or bullies

They are physically stronger than their peers, dominant, impulsive, do not follow rules, low frustration tolerance, defiant to authority, good self-esteem, have positive attitude toward violence, hope to create conflict where there is none, not empathize with the pain of the victim, nor repent of their acts. 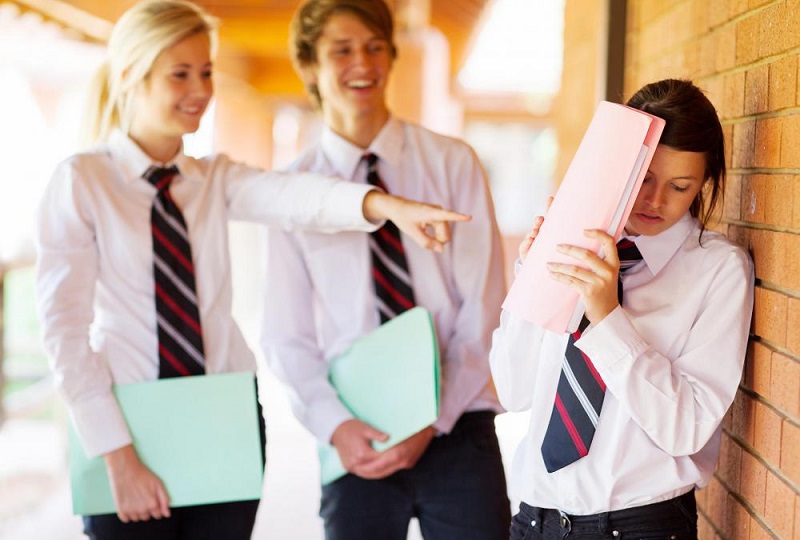 As a result of their conduct, they acquire a pattern to interact with peers, achieving their goals successfully, increasing their status within the group that strengthens. By persisting fall in other social maladjustment as vandalism, poor academic performance, etc.

The psychological component of violence that / the stalkers / as exercise is far superior to the physical component.

They are manipulative and in some cases can make people believe adults who relate well with the group, such as with educators, they are victims or at least their attitudes arise in response to previous provocations.

There are different types of victims, exhaustively analyzed by Olweus, who distinguishes two prototypes of victims depending on the response mechanisms that develop harassed to the taunts and threats: passive or active or provocative victims:

Personality and physical appearance of the victims

While there are many personal variations, the scientific community has generally accepted a series of psychological, physical and social for this group (Olweus1998) features.

Students are typically anxious, insecure, cautious, sensitive, quiet and shy. Typically, they suffer from low self-esteem, sometimes lack social skills and even friends / as and often are socially isolated.

Victims tend to have a close relationship with her parents who sometimes overprotective.

The opinion comes to have of themselves / as and their situation is often very negative.

Sex is rarely decisive bullies when choosing the victim, victims being less strong physically, especially in the case of boys.

Olweus points out certain visible signs that the aggressor would choose to attack victim and that would separate victims from other students.

They would be features like glasses, obesity, skin color, how to speak or gesticulate, shape and hair color, etc.

The social characteristics that define themselves victims that are often critical to understanding their behavior.

Knowing about these aspects and others-as-as will help us in the process of early detection of bullying behaviors.